Caribbean Showdown: Turks and Caicos vs. Aruba For Your Next Vacation

Turks and Caicos vs Aruba: Which is Right for You?

You’ve narrowed your choices of Caribbean islands down to two destinations: Turks and Caicos or Aruba. They both are incredible places and offer great weather, beaches and plenty of activities to keep you engaged and happy.

Find out what makes each destination so special to help make your Turks and Caicos vs Aruba choice a bit clearer.

The Turks & Caicos (TCI) is a British Overseas Territory. Their official language is English and the US dollar is the only currency accepted there. Though they drive on the left side of the road, like the British, the country uses the same electrical plugs and voltages as the United States.

Consisting of a network of 40 islands and cays, think of the Turks and Caicos Islands as having three distinct personalities. Providenciales, or Provo for short, is where luxurious resorts and hotels are. Grand Turk is the country’s cultural and historical center and Salt Cay is where some of the best diving in the world can be done.

Aruba is a constituent country of the Netherlands. Their official languages are Dutch and Papiamento, a local language, but most Arubians speak four languages minimum, including Spanish and English. The Arubian florin is their currency but the US dollar is accepted widely.

Aruba has a landscape that is closer to an arid-desert than a tropical paradise, but predictable weather year-round, tons of resorts, and very friendly people have made this Dutch-influenced Caribbean island one of the most popular destinations in the region.

Between April and May is the best time to head to Turks and Caicos. You’ll get better prices and find fewer people. The weather is great all season, hovering in the 80s, but hurricane threats and higher rainfall occur from June to November. Peak travel, like most Caribbean destinations, is from December to March.

Visit Aruba between April and August; it has a huge window of opportunity to get better pricing during this time. There’s also little threat of tropical storms occurring around this time because the island sits well outside of the hurricane belt. If you come between January and March, expect prices to skyrocket.

When it comes to Turks and Caicos vs Aruba, regarding the best months to visit, Aruba gives you more flexibility. Both, thankfully, have nonstop flights from the United States.

When you arrive in Aruba, you’ll quickly understand why it’s often referred to as One Happy Island. Its people are some of the warmest and friendliest faces you’ll see in the Caribbean. The mood in Aruba is lively and engaging.

In the Turks and Caicos Islands, you’ll experience an easy-going, low-key, and laid-back vibe. The people are genuinely friendly, but there is plenty of opportunities to simply chill out in some of the most beautiful scenery. Things move at a relaxed pace and you feel comfortable enough to completely disengage from it all. Sophisticated, luxury tourism.

As the main tourism island, Provo is where you’ll find the most to do in the Turks and Caicos. Small nightclubs and bars tend to be the most popular activities, but sunset cruises, beach bonfires, and special events also draw people in.

For a more party environment, you’ll have to head to the all-inclusive resorts like Club Med, an adult-only affair, or Beaches Turks and Caicos. At these places, you can dance until the early morning. It also features a small casino and slot machines at a few bars.

After dark in Aruba has a little bit of everything. There are party buses and party boats, Vegas-style shows, casinos, and salsa dancing. The hotels will also host beach barbecues and happy hours. You can walk down the Palm Beach strip and find lively clubs, beachfront lounges, shopping, and even some great street art. It can sometimes feel like you’re in a small city in Florida, which many people enjoy.

This is what the Turks and Caicos vs Aruba comparison is really about – the beach. Both have not only the best Caribbean beaches but the best you’ll find on the globe. So, who has the better beaches?

Famed for flat beaches of white sand, Aruba has some of the most beautiful beaches on the planet, luring millions of tourists every year. Palm Beach and Eagle Beach are two of the most popular, housing the island’s biggest resorts, but Rodger’s Beach and Andicuri Beach offer more privacy. Aruba is prone to trade winds and the beaches tend to be breezy for that reason, but most windsurfers love it.

In the Turks and Caicos, the waters are beautiful enough to bring an adult to tears. Grace Bay Beach and Parrot Cay are consistently ranked among the best in the world and celebrities choose Parrot Cay to build second and third homes on – it’s that beautiful. All of the beaches are open to the public but there is plenty of room privacy to be found when you want it.

The waters of the Turks and Caicos are great for water sports too. Some of the most popular being, diving, snorkeling, yachting, fishing, paddle boarding, horseback riding in the surf, or walk puppies down the shore. 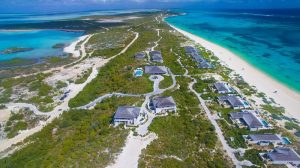 Aruba is known for its huge resorts, particularly the high-rise hotels found on the shores of Palm Beach. There are places like the Hyatt, Marriott, and three all-inclusive resorts. Options for private homes and villas and apartment rentals are available if you need more budget-friendly options.

There are far fewer resorts in the Turks and Caicos than Aruba, that’s part of its exclusive feel. Grace Bay Resorts, on Provo, has multiple properties and they are beautiful, but they don’t come cheap. Airbnb is always an option or you can try a different island altogether. Sailrock, on South Caicos, has private beachfront villas that can be rented out and provide the same beauty as Provo, only there’s more privacy and quiet.

The Turks and Caicos Islands vs. Aruba isn’t about which has the best Caribbean beaches, weather, or nightlife. They both have similar offerings but do it distinctly.

Head to the Turks and Caicos if you want to have a more tranquil vacation with an air of luxury and traditional Caribbean vibe.

Aruba has lots of luxury to offer as well, but there’s a higher amount of energy and almost an American feel to it.

The choice is yours!

Be the first to know about exclusive offers and happenings at Sailrock Resort! 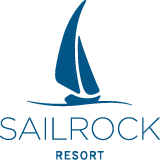 Your peace of mind is our priority. We want you to enjoy your vacation experience from beginning to end, so you can spend your time in vacation mode!

For ease, we are offering antigen testing directly on property and it is complimentary for stays of 5 nights or longer. 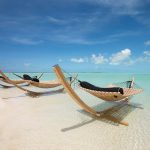 Which Of The Best Caribbean Beaches Will You Visit Next?Experience 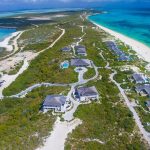 A Happy Plight: Turks and Caicos vs Grand Cayman – Where to GoExperience