South Caicos is the hidden jewel among the Turks and Caicos Islands. Home to one of the world’s largest barrier reef systems, miles of undisturbed land and wildlife, South Caicos is a must for travelers’ in-search of authentic experiences. Here, white sandy beaches, ocean-side bluffs, quiet backwater bays, and salt-flats teeming with pink flamingos harmoniously coexist. The rich history of South Caicos has seen rogues and royalty, but one thing has prevailed – wildlife.

Be on the lookout for Black Crowned Night Herons perched in trees with dense foliage. Search for Bahama Woodstar Hummingbirds in the scrublands. Explore the abandoned salt Salinas where flocks of flamingos feed on minute aquatic organisms such as brine and fly larvae, and thrive due to a lack of predators. Be sure to grab your camera and binoculars before you head out on your South Caicos birding adventure!

While the donkeys in South Caicos like to think that they were the original inhabitants of the island, the first were the Taíno and Lucayan Indians who called the Turks & Caicos Islands “Caya Hico.” During the 16th and 17th centuries it was common practice for explorers to leave animals on the islands they stopped off at to breed and settle to provide a source of meat during subsequent voyages. Though the early history of donkeys in the Turks & Caicos Islands is unknown, the first law concerning “roaming donkeys” dates back to the 1780s.

South Caicos consists mostly of low lying shrubbery that is resistant to the tropical savanna climate. Weigelas are a drought-tolerant shrub from the honeysuckle family. Weigelas require abundant sunshine making it an ideal fit for South Caicos. Weigelas on South Caicos typically sprout pink flowers. Periwinkles have slender, trailing stems that take root wherever they touch the ground, allowing the plant to grow and spread quickly. The Hackberry beardtongue is a relatively rare flower in the United States that is commonly found in South Caicos. The Hackberry beardtongue has a perennial bloom and is a popular plant with the South Caicos hummingbirds. 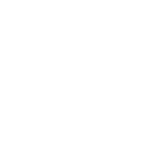 © 2018 Copyright CMK Companies
BE IN THE KNOW!
Join Our Newsletter
Be the first to know about flash sales and exclusive deals!